We will be closed on Monday for Memorial Day 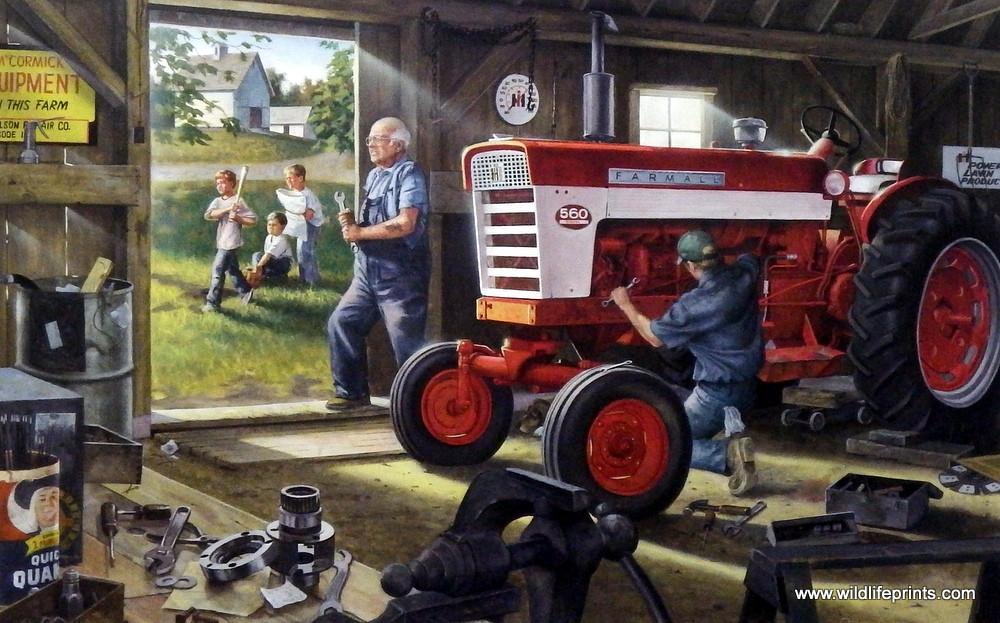 “Red Power” was painted in 1998 by well-known Iowa artist, Charles Freitag. This print features James “Scratch” Olson, an original founder of Hy-Capacity. Scratch is seen standing in the doorway of the painting, along with three children playing baseball and another mechanic, however, they do not represent anyone; they were painted in by the artist. Scratch was known for being a very knowledgeable and generous man.

For 18 years, Scratch worked as a mechanic for the local Case/Oliver dealership, Kleve Implement, in Humboldt, Iowa. While he worked at Kleve Implement, his Uncle Olaf passed away, and he received a call from his Aunt Marie, who asked if he would like to take over the repair shop. Scratch had a big decision to make, but he chose to take the risk and run the shop, called Olson Repair, located in Bode, Iowa. Scratch operated Olson Repair for 12 years before Hy-Capacity was started. While working at the repair shop, he was able to develop better ways to make parts, including the torque amplifier. The name Hy-Capacity originally comes from the idea that we could make a higher powered or “Hy-Capacity” torque amplifier.

In 1978, Hy-Capacity was established, and Scratch worked there until the mid 1990’s. His sons, Steve and Jeff Olson, currently work at Hy-Capacity, along with his grandchildren, Molly Varangkounh and David Olson, and great-granddaughter, Claire Varangkounh.

In this print, a Farmall 560 is shown. Today, the top selling parts for this tractor are 12" 6 Pad Disc, Water Pump, Black & White Vinyl Seat, Main Hitch Hydraulic Pump, and Mechanical Torque Amplifier. A ramp and carrier, a TA part, can be seen on the table. Along with this part, you can also find one of Hy-Capacity’s clutch discs on the floor. This disc is very important because of its double rivets. Hy-Capacity was the first company to start putting double rivets in the clutch discs, which prevented the pads from spinning, and provided a better, more consistent friction surface.

There are many hidden elements Freitag added. See if you can find: 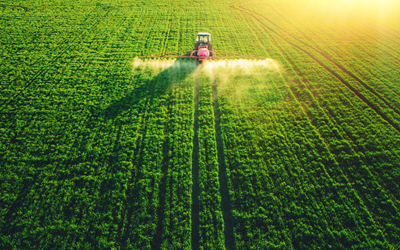 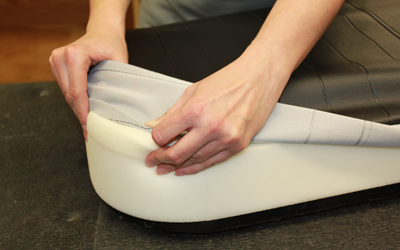 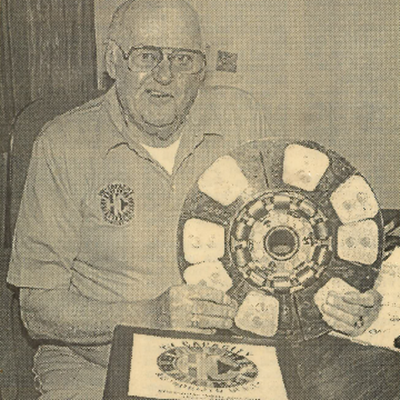