Dan Dillon, an Ag Business major attending Hawkeye Community College in Waterloo, grew up in a family who has always preferred red tractors. And save for a brief stint as a toddler when Dan strayed away from the red and chose shirts and hats that were green, Dan preferred IH tractors too. Dan was ultimately converted after his father bought and restored an International 1468.

Like many other Iowa FFA members, Dan planned to restore his tractor for the Iowa State Fair Ag Mechanics Competition. Dan wasn’t the first in the family to participate in the competition. His older brother previously restored an International 1456 and a Farmall MDTA. Dan decided his FFA project would be to restore the family’s International 806. 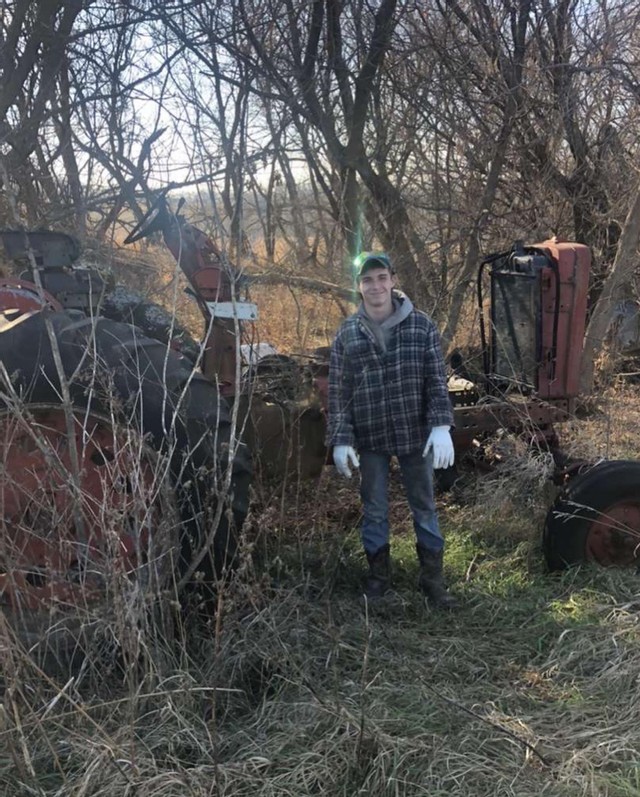 The 806 was originally purchased by Dan’s grandfather nearly 20 years ago to provide engine parts for their 856 that was experiencing engine trouble. As a result, the 806 wasn’t used. “After seeing this tractor sitting in a fence line my entire life, I wanted a new challenge for the upcoming fair,” said Dan. 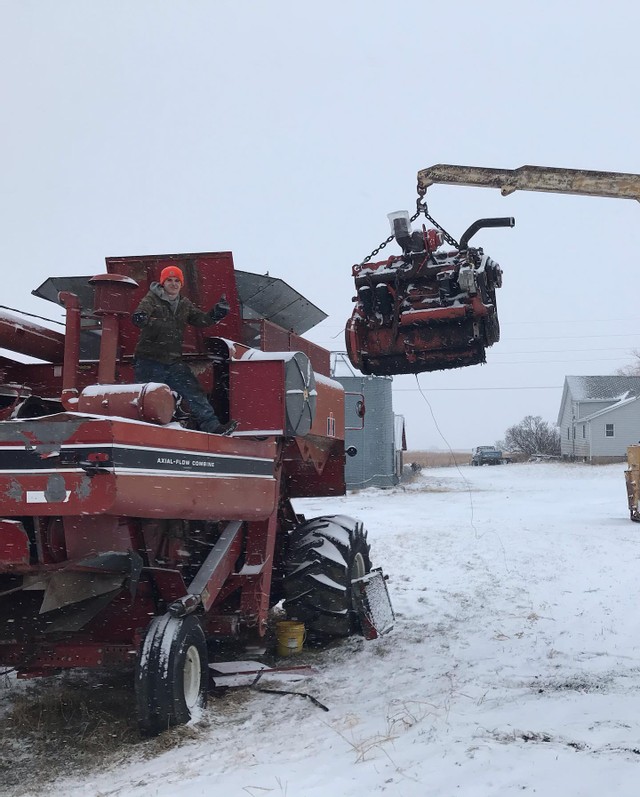 “We had a 1460 combine that we received on a packaged deal with a corn head we needed. The DT436 in the combine ran perfectly, and the 806 was due for a motor.” This made the 806 the perfect challenge. And it was going to be a challenge.

Dan was in for a difficult restore. “I was faced with overcoming many obstacles. Putting an engine somewhere it isn’t intended to be is never an easy task.”

Dan knew from the start that the 806 would require a rear engine plate from a 66 series tractor. He found a plate from a 1066 and mocked it up. “The 66 series ended up being two inches wider than the 806.”

“Our frame rails still bolted up, but the plate stuck out plenty far, so I cut off the excess and moved on to the next part. I found that the frame rails were just barely not long enough to provide clearance for the crank pulley and the front bolster,” said Dan.

But Dan had a plan for that. “The easiest way to get around that was to use 806 gas frame rails which are actually an inch longer. These rails still needed adapting, the engine mounts on the 436 are taller, requiring me to weld drop down extensions on the bottom of the rail to allow us to drill holes for mounts.” 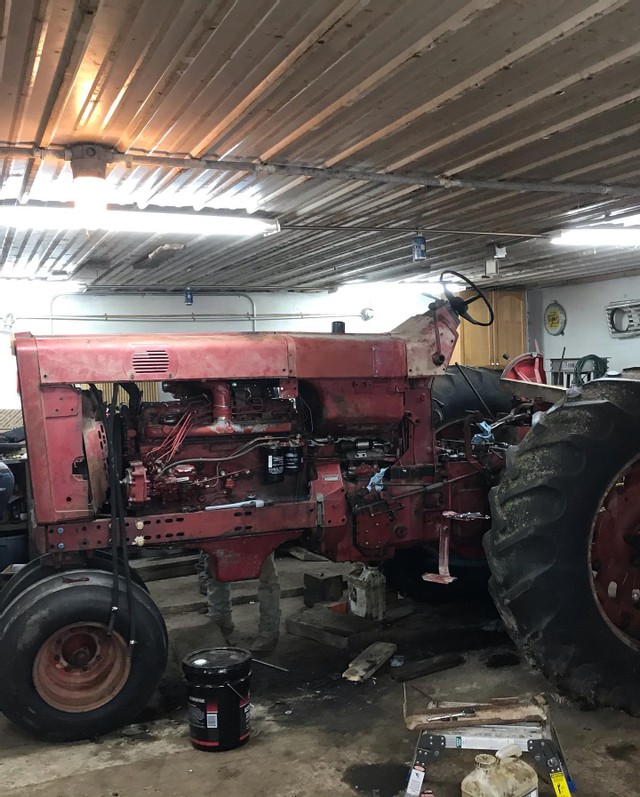 There were more small obstacles that came up, too. “I had to fill in the old exhaust and intake holes in the hood; the 436 exhaust pipe was much farther back than the original 361 because of the turbo.” Dan worked around everything, and eventually, the project was done!

Finally, after overcoming all the obstacles in the way, the 806 roared to life. “Hearing this tractor start up after the install was maybe the most rewarding feeling I have ever had.” 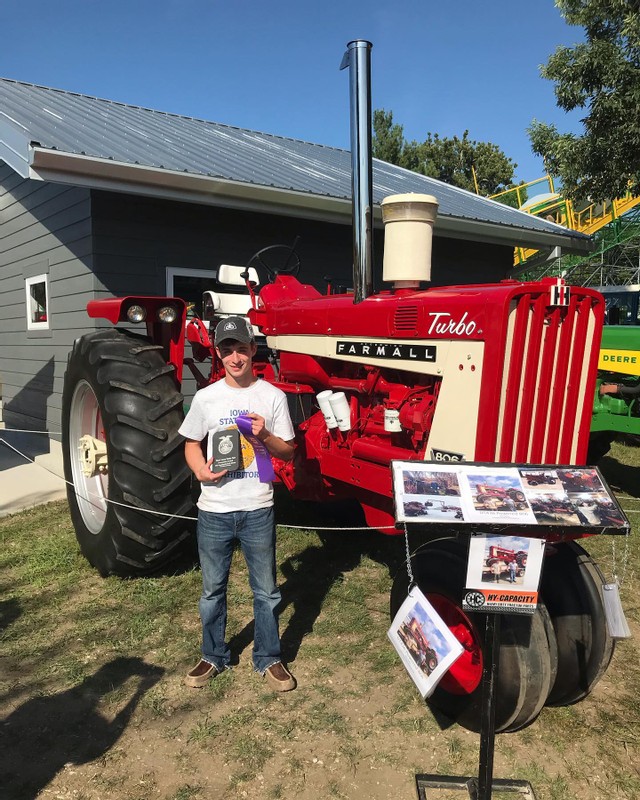 The 2021 Iowa State Fair was one to remember for Dan. “This year was probably the most interaction I’ve ever had with people coming and asking questions.” Dan was also honored with the Innovation Award for his project from Praxidyn. “Both things made this year stand out as the best experience I’ve had at the state fair.” Now that the 806 restoration is complete, Dan plans to use the tractor on the auger and for parades where he can show off his hard work. Congratulations, Dan!

If you’re restoring a tractor, Hy-Capacity is a great place to turn no matter your tractor's brand. We’ve got 43 years of tractor parts experience under our belt. To find a Dealer, use our Dealer Locator Tool.