College Ag Business Senior Makes the Most of His Last Year in FFA: A Restoration Story 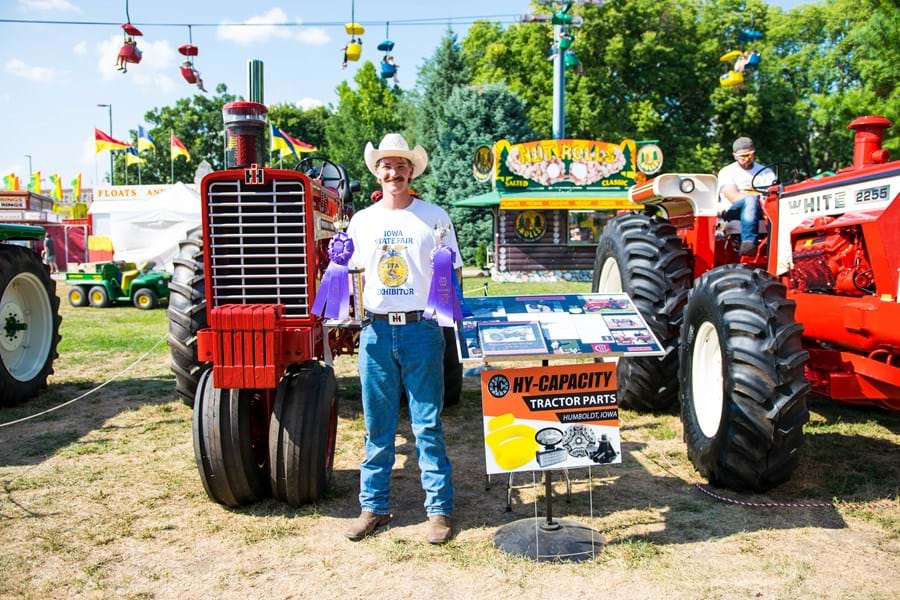 Update: Parker Kray was awarded Grand Champion for this Restoration with Hy-Capacity Parts!

It's that time of year again! FFA members all over the state of Iowa are working hard to restore tractors in time for the Iowa State Fair. We met with Monticello, Iowa FFA Member, Parker Kray to get a closer look at resurrecting a tractor and giving it a second life. 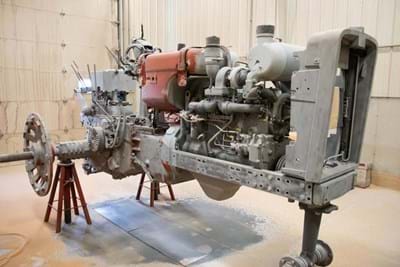 Parker is a college senior studying Ag Business at Upper Iowa University. Parker is in his final year as an FFA member, so this restoration project will be his last chance to impress before he graduates from the Monticello FFA chapter. Parker, like many other FFA members, was provided a seat for his restoration by Hy-Capacity as a part of our Iowa FFA Seat Program. Hy-Capacity became a sponsor of the Iowa FFA Association in 2013. We partner with students working on tractor restorations and provide restoration grade seats to help them with their project.

Parker became interested in restoring tractors through his grandfather. When his grandfather passed away in 2014, Parker knew it was finally time to restore his first tractor.

“After that day, I knew that I had to get going on this tractor. I had just bought it, and I found it out in the weeds somewhere, and it was going to be unique. I really dedicated that project to my grandfather,” said Parker. As a sophomore in high school, Parker restored an 806 International Harvester and brought it to the Iowa State Fair. He did so well with his first restoration that he earned Grand Champion in the Iowa State Fair AG Mechanics Competition.

This year, the 4th generation farmer is looking at getting the most out of his restoration, making his last year as an FFA member something to remember forever. This time around, Parker is competing with a 1969 856 Farmall. This tractor is similar in age to the other equipment that Parker's family keeps in use every day on their farm but isn’t a piece he pulled from their equipment fleet.

Parker rescued the Farmall tractor from becoming a part of Monticello’s natural scenery. “We actually saw this tractor sitting in a shed, and the shed was not in too good of condition. There was a big hill behind it, and it was caving in the structure,” Parker said. Parker initially found this tractor when he was looking for parts for his restoration in 2014. Parker’s father, who works at Scherrman’s Implement in Monticello, had known the farmer who owned this tractor for years. 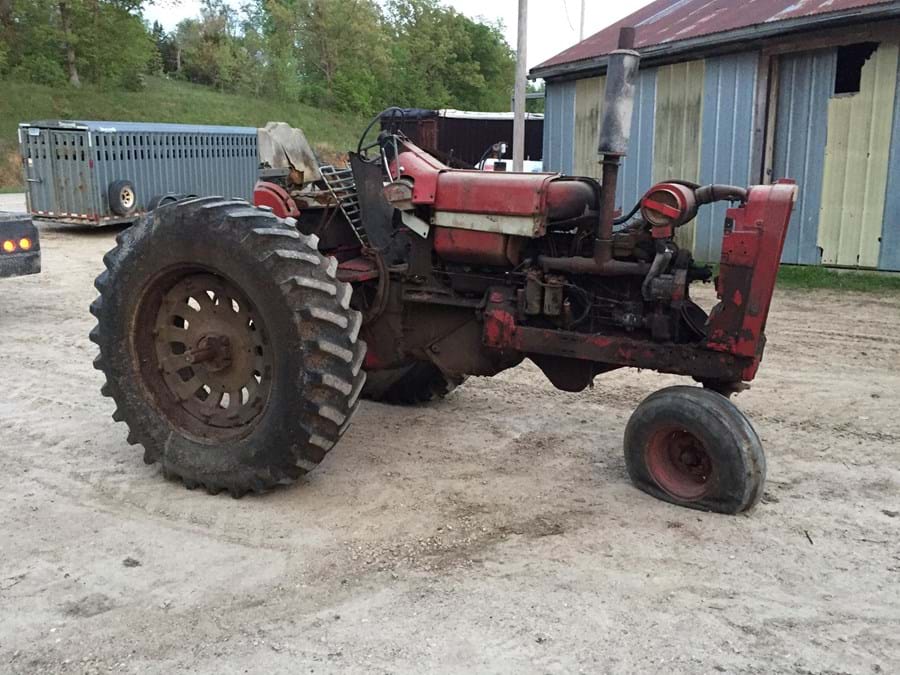 Parker described the agreement that landed him the 856 Farmall, saying, “I asked him, "When I get my 806 tractor done (which that was my first tractor) I'm going to come get that tractor." He said, "Okay, it'll be yours. I just got a little job for you." So, what that turned out to be was I had to replace the rear end in a 2+2 International, and that was a 6788.” Parker agreed, admitting that the deal looked more favorable for the farmer after hours were taken into consideration, but said that he was grateful for the experience nonetheless.

“I did end up getting the tractor and it was in just as bad condition as when I saw it before. It had a few less pieces after sitting there for three years," said Parker, “The guy that I got from, that I had done the work for, he lives in the hilliest ground of Jones County. This was the only tractor that he had never rolled down a hill, and thank God he's still alive today because there is a lot of equipment out there that is not in as good of condition as what I got this one for, which is saying something about it.” With that, the restoration process began.

Before we arrived to watch the media blasting process on June 25th, Parker had already logged over 500 hours in mechanics on the tractor restoration. The mechanics included, according to Parker, “taking two motors and taking the best parts out of both to make one good one, then I put new piston rings in and new main bearings.” Then Parker added bigger injectors and the turbo. He went through the transmission only to realize that the park gear was missing teeth. He used a Hy-Cap clutch and torque amplifier, and finally he “went through the rear end and re-shimmed the ring and pinion.”

To get all the parts he needed for his restoration, Parker needed to endure a little dirt and grease along the way. Parker said, "I've had to work for other people. I put a rear end in an International 1206 for another guy to trade for the turbo set up I put on this 856. It's all the experience and everything you learn from it, and I like that the best. You're not just doing one tractor; you end up doing three or four along the way for other people. And I like doing that. Tractor restoration and working on tractors is in my blood."

Parker wanted to make the Farmall 856 as user-friendly as possible while still making it look and feel original. “I want it to be as easy to service, as easy to hook up to implements as I can. Originally with 06 Series and the 56 Series, there was much to be desired with updates. The 66 Series came out and then the 86 Series, and they were more user-friendly,” said Parker. Parker said that the most rewarding part of the restoration process is getting all parts to fit together. “Being able to take pieces from multiple tractors and getting them to all fit like original and getting it to look original is a lot of fun, and that’s really rewarding,” said Parker.

Parker’s experience restoring tractors for the Iowa State Fair has landed him respect among the rest of the Monticello FFA chapter. Monticello FFA teacher, Eric Schmitt, said “After Parker went; we've had one more tractor get restored and taken to the state fair already. I have 3 in the process right now, actually 4 now in the process of restoring going forward with projects.”

While Parker is at the state fair, he’s proud to show off the work that he’s done. “He sat there like most kids did with their livestock; he sat there with his tractor,” Schmitt said. “I’ve spent so much time on this tractor; I don’t leave it there alone. I’m there from sun up to sun down. I like to talk to people, hear their stories, and a lot of people like to hear mine,” said Parker.

Parker’s High School FFA teacher sang high praises for Parker. “I had a lot of people come up and compliment Parker on the way he was interacting with people,” said Schmitt. Parker had farmers two generations older than he was come up and talk and reminisce about when they farmed with a tractor “just like that one!”

Parker’s hard work has inspired other FFA members in his chapter to restore their own tractors. “Parker proved that you could do it and have success with it,” said Schmitt. In August, Parker will present his tractor at the Iowa State Fair for everyone to see. Make sure to see it!